The Voice NFT Studio Partnership is a program envisioned to showcase one of the many values of NFTs: access to asynchronous collaboration.

Voice is excited to partner with Marco Brambilla, Simon Denny, Rachel Rossin, and Willem de Rooij to demonstrate the incredible potential of NFTs. For this collection, they’ve elected to put a modern twist on the exquisite corpse game by responding to each others’ creations.

Exquisite Corpse“A game in which each participant takes turns writing or drawing on a sheet of paper, folding it to conceal his or her contribution, and then passing it to the next player for a further contribution. The game gained popularity in artistic circles during the 1920s when it was adopted as a technique by artists of the Surrealist movement to generate collaborative compositions.” Source: MOMA

In this collection, Denny created the first NFT, and each NFT that followed was created in response to the last. The result: a powerful collection that strikes the viewer in both cohesive and individual formats.

A collection exploring human political power structures through the veil of new crypto systems throughout time and known history.

The collection mixes digital and physical and metaphysical spaces, and combines a multitude of media, mediums, and techniques. 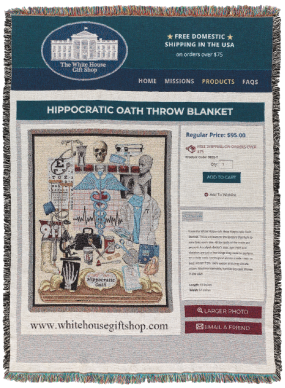 A screen grab is made of a "Hippocratic Oath Throw Blanket” from the “White House Gift Shop” website, a private entity that sells seemingly-authentic presidential-themed gifts through an old permission issued in the Truman era. The screen grab is then woven into a new throw blanket, photographed and minted as an NFT. The conceptual gesture resonates with many of the issues around cryptocurrencies in general – a new form of currency (until bitcoin the issuing of currencies was the exclusive domain of a state) can seemingly now be issued by anybody, claiming the power of money beyond national entities. Like the White House Gift Shop, private entities mimicking the abilities of the state, through a literal loophole, is changing the way power presents itself today. The motif on the throw blanket is also of interest: a graphic supposedly representing the doctor’s Hippocratic Oath, a professional code of conduct which pledges to “first do no harm”. 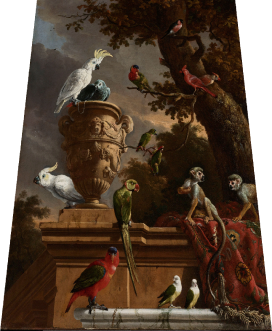 Melchior d’Hondecoeter’s ‘Menagerie' confronts animals from four continents within one pictorial frame. Glorifying the Dutch empire, it was installed above Stadholder-King Willem III’s bedroom door at Het Loo Palace in the 1690ies – from where the animals looked down on the king. ‘Perspective Control’ warps a copyright free J-peg made available to general audiences by Amsterdam’s Rijksmuseum – the original artwork’s current custodian. 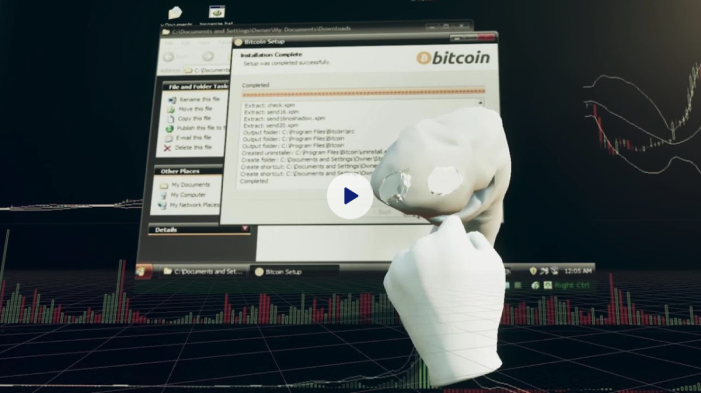 The work consists of a motion capture sock-puppet floating in front of a screen recording taken from the artist’s hard drive from 2009 - 2011. The recording shows parts of the original Bitcoin code, invention of Blockchain technology and the GUI systems first launched for mining crypto currency by Satoshi Nakamoto. The virtual sock puppet performed by the artist’s hand floating above, refers to sock-puppet accounts - a tactic first used in military state interventions where a fake virtual persona is created in order to exercise influence. It is now common practice for aiding in control, especially in the crypto currency market. 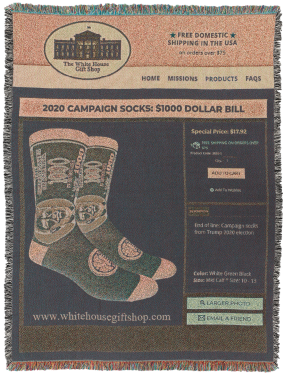 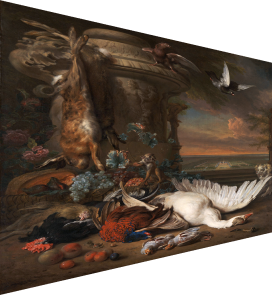 I warped them because I wanted to talk about the viewer's perspective and perspective in general, because I'm thinking of these images, which are derived from original paintings, then enter the Rijksstudio: all different contexts of use and distribution.” 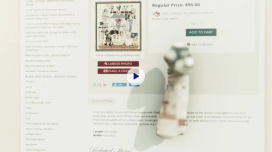 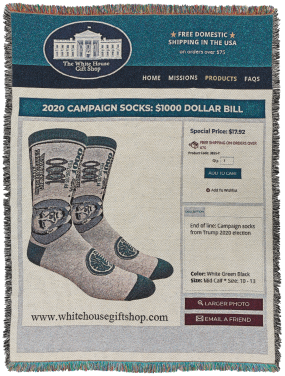 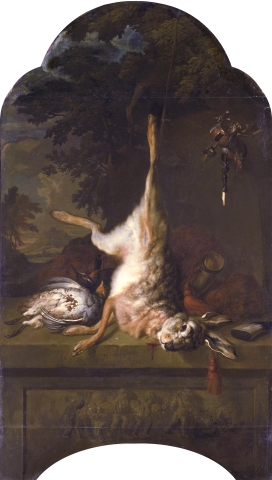 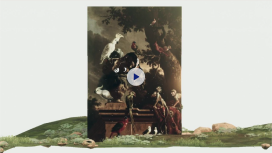 Spheres of Power was created as a cohesive collection. Should all 9 NFTs be collected by the same individual, a custom 10th NFT produced by the artists in collaboration will be made available and delivered to the owner. However, each work within the collection is available for individual purchase.

Marco Brambilla is an artist living and working in London. Brambilla engages with art history, the spectacle of pop culture and technology across a variety of visual and electronic media. His pioneering use of imaging and 3D technologies has led to numerous collaborations with NASA, Marina Abramovic and Kanye West. 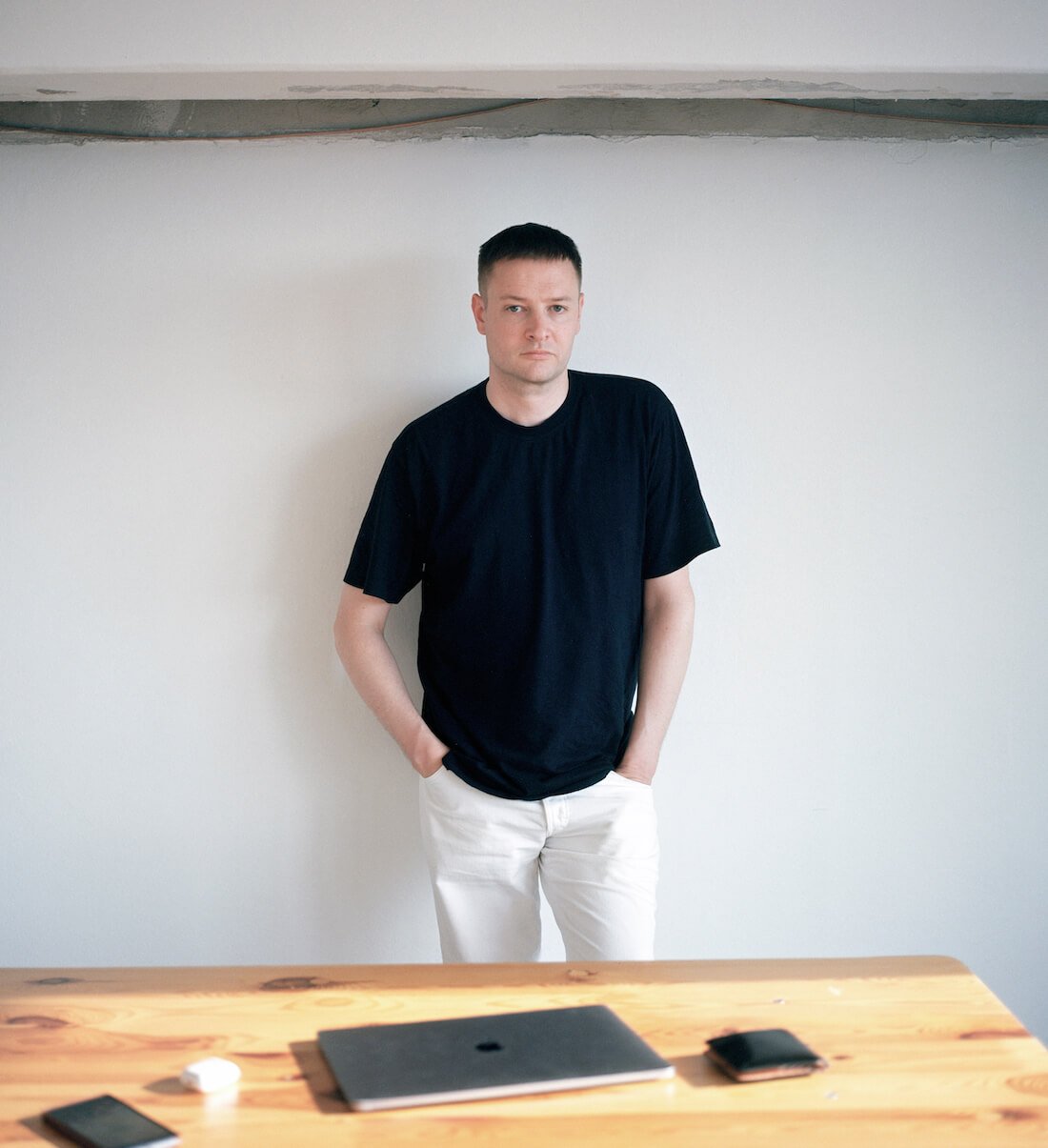 Simon Denny is a New Zealand born, Berlin based artist who makes objects, images and exhibitions exploring the cultures and values behind contemporary technologies. He has exhibited in major museums and institutions across the world and his work is held in institutional collections internationally. Denny co-founded the mentoring program BPA//Berlin Program for Artists and is a professor for Time Based Media at the University of Fine Arts of Hamburg, HFBK.

Born 1987, in West Palm Beach, Florida. Rachel Rossin is a self-taught multidisciplinary artist who has gained recognition for her exhibitions that blend oil painting, sculpture, 3D animation and virtual reality. Rossin’s practice acts on the metabolism between physical and digital exchange, investigating the ways information and sensory experience are transfigured by each.

Willem de Rooij investigates how images work. Appropriations and collaborations inform his method,facilitating research in art history and ethnography. De Rooij tutors at the Städelschule in Frankfurt,the Rijksakademie in Amsterdam and BPA// Berlin program for artists.

Start your digital collection on Voice